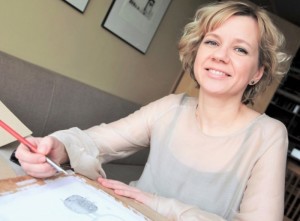 he most translated Estonian author, Piret Raud, will perform at the festival Les Boréales in France. She meets readers in different schools and libraries from 23rd until 26th November 2016.

Piret Raud is a beloved author in France. So far, seven of her books have been translated into French. Next year, two more books will be published. It is the fourth time the author has met her readers in France. The full schedule of her tour can be found here.

The Festival Les Boréales takes place from 17th until 27th November in Caen, France. The guests of honour at this year’s festival are Estonia and Finland. The aim of the festival is to introduce the cultural achievements of the Nordic countries to a French audience. Besides literature, design, architecture, music and film, as well as the cuisine of the countries, will be introduced.