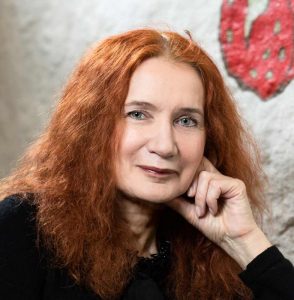 The Sharjah Children’s Reading Festival was held in the United Arab Emirates on 17–27 April. The festival hosted an international illustration exhibition that honored the best artists and the Estonian illustrator Viive Noor received an honorary mention.

The Sharjah Children’s Reading Festival was held for the 11th time and it holds the art of illustration in high regard. The festival hosts the international Sharjah Children’s Book Illustrations Exhibition since 2012. This year the exhibition featured works of 320 artists from 55 countries.

The winners of the exhibition were honored by His Highness Sheikh Dr Sultan bin Muhammad Al Qasimi. The 8th edition’s winners include Yan Frankel from Argentina, Masanobu Sato from Japan, and Mohammad Barrangi from the UK/Iran, who won the first, second and third prizes, respectively. Honorable mention were offered to Viive Noor from Estonia, and Fatima Kawtharani from Lebanon.

The festival is organised by Sharjah Book Authority and it aims to make reading more appealing for children, young adults and their parents. Last year the festival received more than 306 000 visitors.

The theme of this year’s the festival was ‘Explore Knowledge’. It hosted 198 guests from 56 countries, who lead thousands of cultural and fun activities to inspire kids to spend time with books. Visitors also had the change to participate in illustrations workshops conducted by Viive Noor.