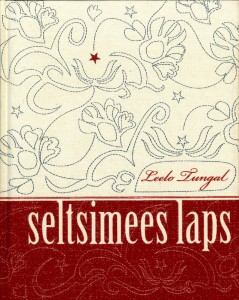 More than anything else, little Leelo wants to be an upstanding kid: the kind whose stockings never sag and whose hair ribbons never come undone; the kind who doesn’t draw princesses on kitchen doors or break a single one of her mother’s precious teacups. And she is trying especially hard to do so now, after men in black uniforms took her mother away and she’s left living alone with her father. “Be a good little girl, then Mommy will come back soon,” Leelo’s mother tells her as she climbs into the back of the truck covered with green tarpaulin. Leelo does her very best to be good, because upstanding kids’ mothers will never leave their children! But as hard as she tries, the little girl’s mom just doesn’t seem to be coming back…