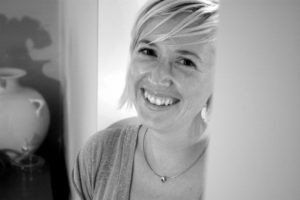 Julija Potrč Šavli (1979) is a translator from Finnish, English and Estonian. She translates prose, poetry and children’s books. In 2010, she received the Radojka Vrančič award for the best young Slovenian literary translator. She taught Finnish at the University of Ljubljana between 2009 and 2014. She has been on the Management Board of the Slovenian Association of Literary Translators since 2014.

I started translating from Finnish into Slovenian in 2008 and have since then translated around 25 works in this language combination. With time, I started to be increasingly interested in the Estonian language, especially because there were no literary translators from Estonian in our country. I want to make Estonian literature more known in Slovenia, there are many excellent authors who deserve to be internationally known. I have translated a number of poets who were invited to Slovenian poetry festivals (e.g. Maarja Kangro, Asko Künnap, Carolina Pihelgas), and so far three children’s authors: Andrus Kivirähk, Piret Raud and Hilli Rand.

I love translating Estonian children’s books because they are often quirky and funny—two traits which I love in literary works. It would be a shame if all these excellent Estonian children’s authors and other authorsremained unknown in my country because there were no translators for the language combination—so I feel it is my mission that this doesn’t happen.