Leelo Tungal. Felix the Hedgehog and the Criminal Zoo 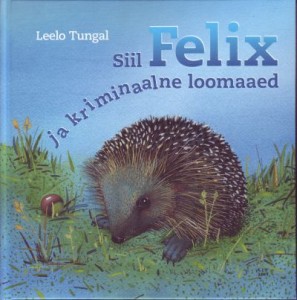 The little hedgehog Felix is a foundling, who grows up in the care of a mother hare in a zoo. Once he has gone out into the big wide world, he is arrested, suspected of having committed several criminal acts. But Felix is clever enough to prove his own innocence, and begins to work as a detective himself. His unexpected powers as a poet help him to befriend many of the animals, and in the end, he finds the mysterious criminal.